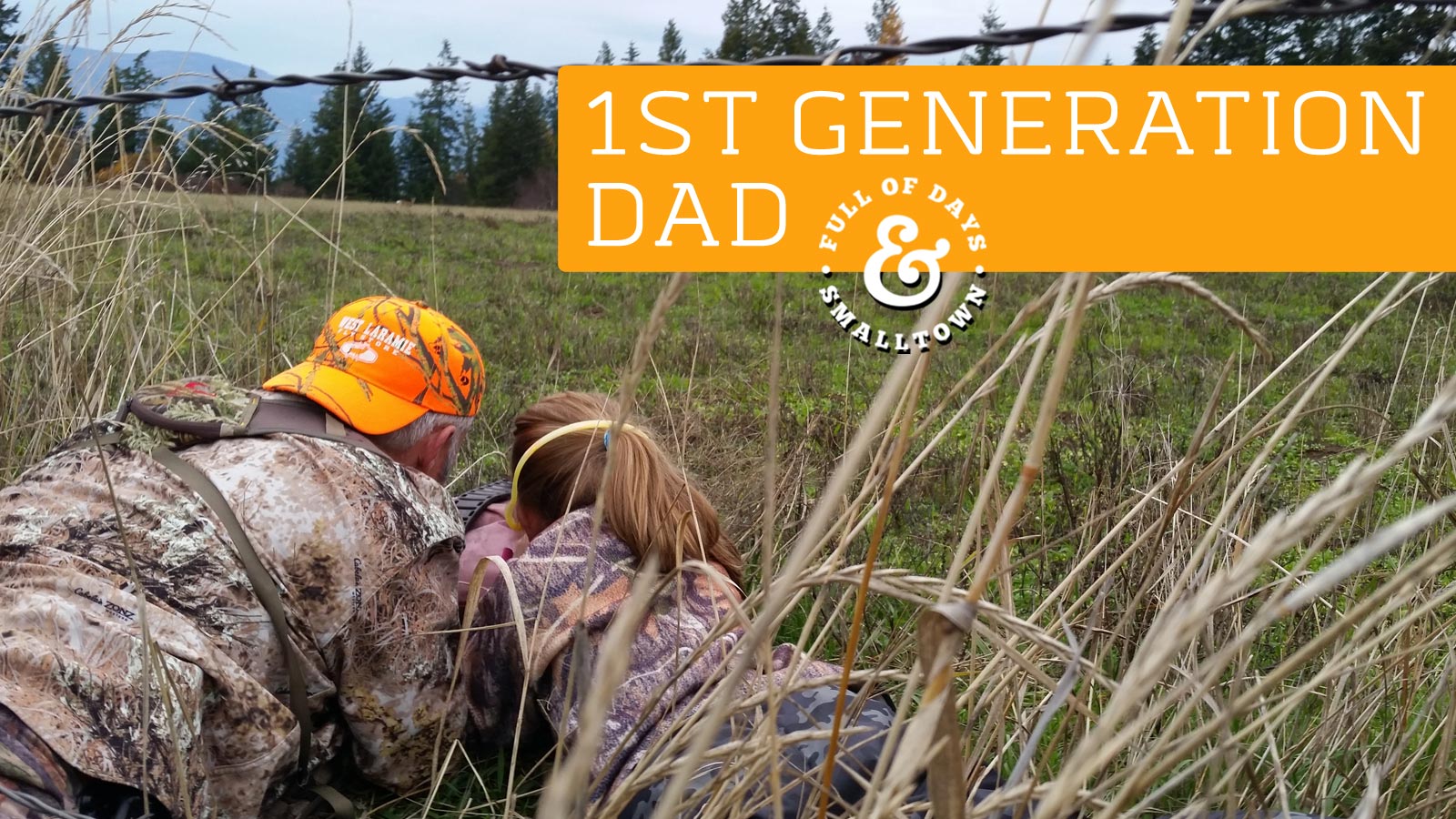 arly this year we shared how “Our Family is Learning to Hunt”. The post listed 8 reasons why, as a family, we’re taking on this new adventure. Filling the freezer, moral obligation and education are a few of the reasons.

The process began with my daughter and I attending a five night Hunter’s Education class. This instructor-led class was beneficial in many ways, the most significant being the confidence that my daughter came away with. (There are online classes available but we strongly recommend attending the class in-person.)

A few months later our daughter, who would be old enough to hunt during the 2016 deer season, had a great opportunity to extend her education. Each year, the local Kootenai Valley Sportsmen’s Association sponsors two young kids to attend the week long Idaho Conservation Officers Youth Conservation Camp. This year our daughter was selected to attend the camp and it was a big deal, in many ways.

For our daughter, it was her first time away from home, without her parents. Or was it the parents at home for a week without their daughter? Pretty sure it was the latter and much harder on the parents!

Hey, Dad…remember that day I got my first deer. I can’t remember, what did you get that day?”

For Kelsey and I, it was the first time one of our children was away from home for this length of time, far far from home, in the care of complete strangers, with no contact of any kind! Funny how easy all of that sounded once upon a time when discussing other people’s kids! Thankfully we knew kids who had attended the same camp in previous years, so we were able to ask all of the questions. The annual camp is run and staffed by law enforcement, another confidence builder.

…And there was one last comfort; when dropping my daughter off, 35 miles away at 4:00AM,  in the North 40 parking lot (to carpool another 10 hours with Conservation Officers), up pulled a friend. Turns out my daughter was hitching a ride with an officer that I knew, a man who I would trust the care of my daughter to in any situation. Ah…exhale.

Want to know about the camp? Just ask my daughter and make sure to have some time set aside.  She learned to safely handle and fire a rifle, shotgun and even a black powder muzzle loader. She was taught how to nock, draw and loose an arrow from a compound bow. She learned to identify wildlife, went fishing and floated a river. And she missed her Daddy…sort of! It was a great step in letting her go as far as she can get.

Now it is deer season. We have 4 tags, one for our daughter, one for Kelsey, and along with the regular tag, I also drew an additional doe tag. In preparation, a friend took us to the range to sight in a rifle. There’s nothing better than having a friend, an experienced hunter and one time firearms instructor, teach you how to shoot. Turns out my daughter is a better shot than me. On a .243, with a stock shortened for her, she shot a grouping tight enough to impress most anyone. Admitting that she was a better shot than me was just the precursor to more personal humbling to come…

Thanks to another friend allowing us to hunt his property, last week our ten year old took a single shot, and got her first deer. She, with teacher crawling under the fence and across the field by her side, stalked a young buck. Three times she started to pull the trigger, only to back off as her target moved, patiently waiting for the best conditions. Then she trusted what she’d been taught and made a full pull. One shot, one tag filled.

To watch my daughter, at ten years old, attend an Idaho Fish and Game Hunter’s Education class (and score a 98% on the test), leave home to attend a five day Conservation Camp, spend time at the range learning to safely and confidently shoot a rifle, and then put it all together in a field, in a single shot, was amazing to witness. Idaho Fish and Game, and their Conservation Officers, helped equip her, and numerous friends taught her more than I ever could. And here she was, tag filled, smiling ear to ear. After all, she was the first in our family to fill their tag.

But her education, and excitement, didn’t stop there. She was as involved as possible with field dressing the buck (the knife work was trusted to Scott, our teacher), she helped remove the hide, participated in the butchering and grinding the meat into 1lb portions for future meals. She helped cook the first venison burgers a few nights later…”Hey, Dad, I put meat on the table!”.

In her tenth year she has learned the deep satisfaction in helping provide for her family. She invested six months in classes, camps and lessons on how to safely handle herself on a hunt. She took time to consider the results of a hunt.

One shot in a field…so many experiences and memories.

“Hey, Dad…remember that day I got my first deer. I can’t remember, what did you get that day?”

…and a lifetime reminding her Daddy about that day. 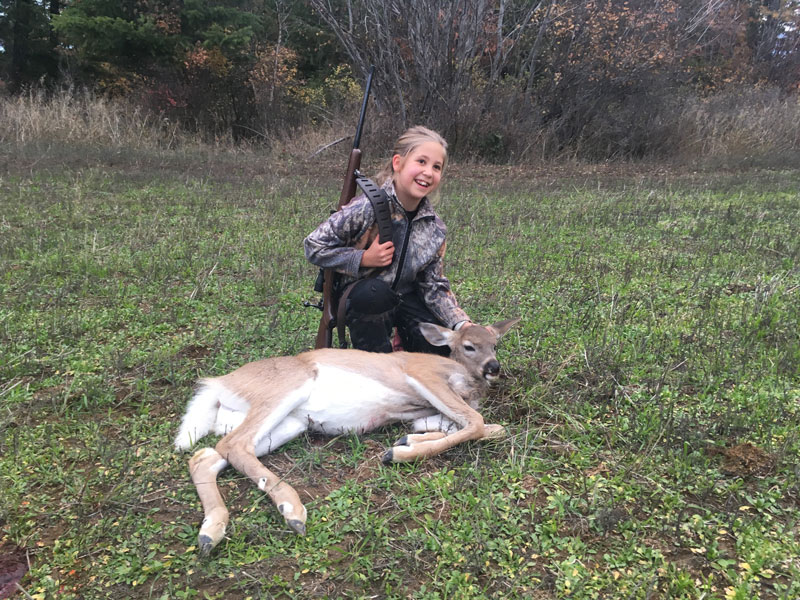 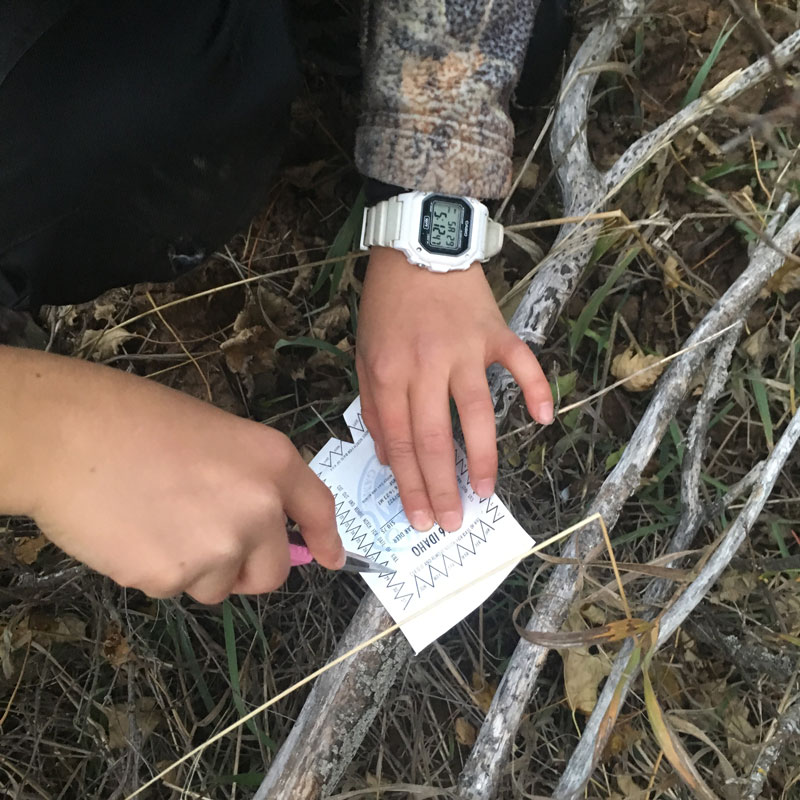 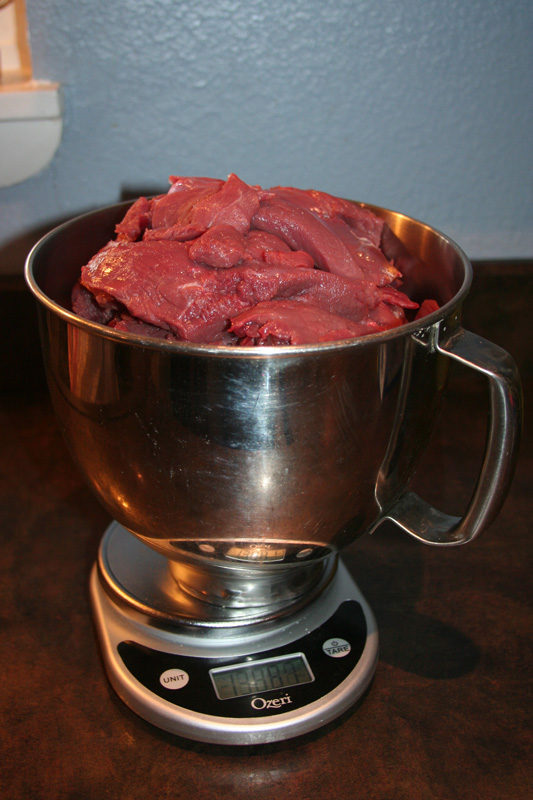 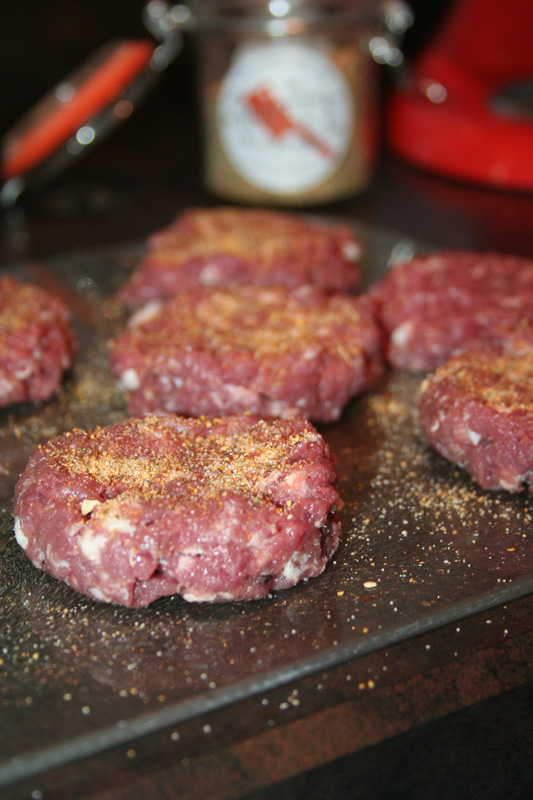 “She rises while it is yet night and provides food for her household…” King Lemuel, taught to him by his mother – The Bible, Book of Proverbs: Chapter 31

Special thanks from the Steffens to:

– Idaho Fish and Game for offering Hunter Education classes.
– To the Hunter Education volunteer instructors: John B., Scott T. and Justin F.
– The Idaho Conservation Officer Association for their annual Youth Camp and watching over my daughter.
– Specifically Fish and Game officer Josh S. – just seeing you that AM calmed a Father’s, & Mother’s, heart.
– The Kootenai Valley Sportsmen’s Association for sponsoring my daughter to attend the camp.
– To Jim for allowing us to hunt his field.
– And most of all thanks to Scott who gave us time (years in the making), resources, guidance, encouragement and shared the joy of the whole process with us. You have “seasoned” our lives. 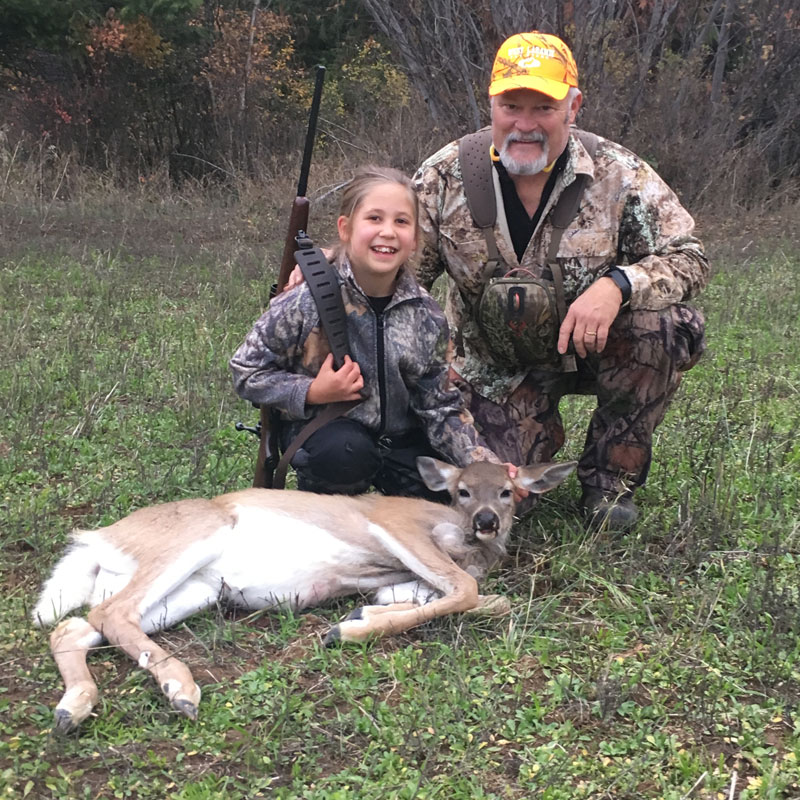 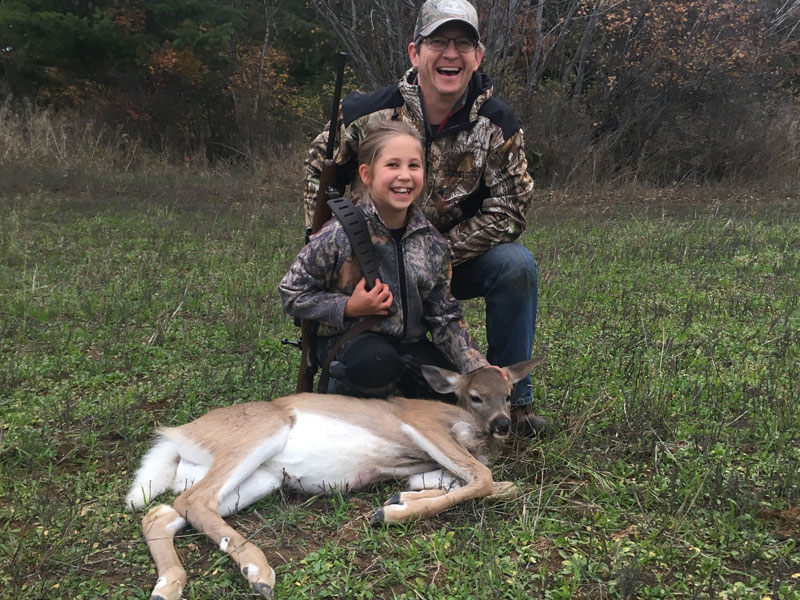 Jason Steffen
I'm a Florida Gator fan raised in Hawaii whose favorite color is the burnt orange worn by the University of Texas (wanna know the hex #? CC6600). I love just about everything Wright Thompson has ever written and narrated. My favorite book of all time is more than 3000 years old, authored by Solomon (Proverbs) and the best thing I have read in the last decade is Steal Like An Artist by Austin Kleon. At times, I wish the volume on my stereo went to "11" because some songs should never be played at anything less. I have discovered later in life a passion for connecting with people through graphic design and what it means to be creative. I am a 1st Generation Dad and am absolutely head over heels in love with my mail order bride, Kelsey (yes, there is a story there). And I have no idea what I am doing…But I know more than I did yesterday and am learning more today…
Recent Posts
Showing 4 comments

All Posts
For Binge Readers
By accessing or using any page on Full of Days (everydayfull.com), you agree that you have read, understood, and will abide by the Terms of Use, Full Disclaimer, Privacy Policy
and understand the Affiliate Program. Full of Days Contact. Copyright Smalltown Design, LLC. © 2017
110shares