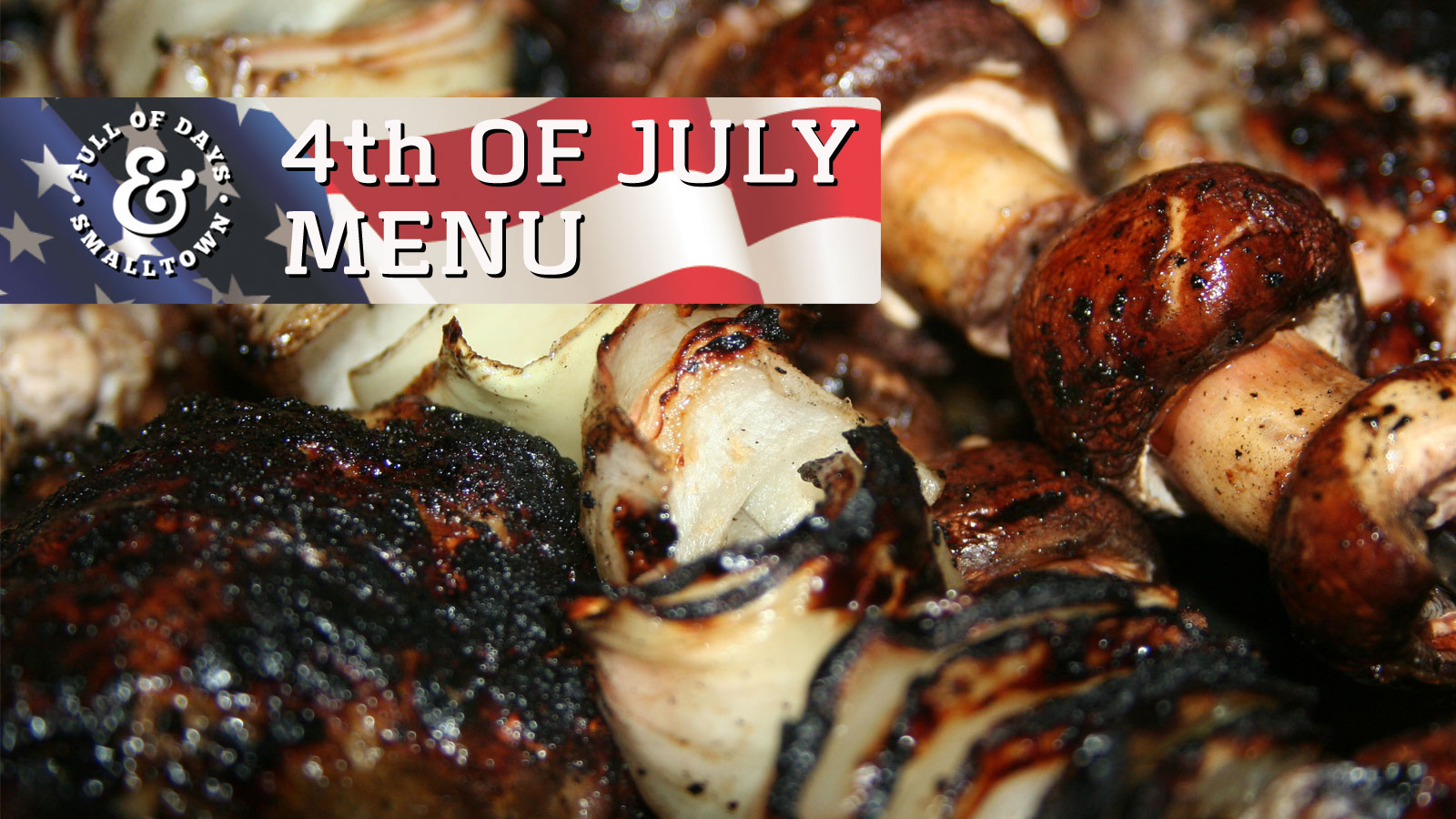 his land is your land, this land is my land
From California, to the New York island
From the redwood forests, to the Gulf Stream waters
This land was made for you and me”

Fourth of July is almost here and we’ll be celebrating America’s 240th year of independence in typical summertime fashion! Surrounded by family and friends, grilling up some grub and closing out the night with pop-its and sparklers. Then we’ll kick back at dusk and watch the fireworks in all their sparkly glory!

For what avail the plough or sail, or land or life, if freedom fail?” – Ralph Waldo Emerson

Whether you’re hosting, guesting or just chillin’ on your own this Fourth, celebrate the day grubbin’ on traditional fare that won’t leave your tumbly rumbly. We’ve taken classic dishes and given them our own twist to keep our tummies happy and our taste buds satisfied.

We hope our holiday menu inspires yours as we all say, “Happy Birthday America!”

Clean, peel and cut veggies then skewer onto wooden sticks. Mix up some ranch dressing and dip away.

Clean and cut fruit into desired size and shape. Grab a 1-inch cookie cutter star and make a fun shape out of your cheese slices. Gently slide fruit and cheese onto wooden skewers. 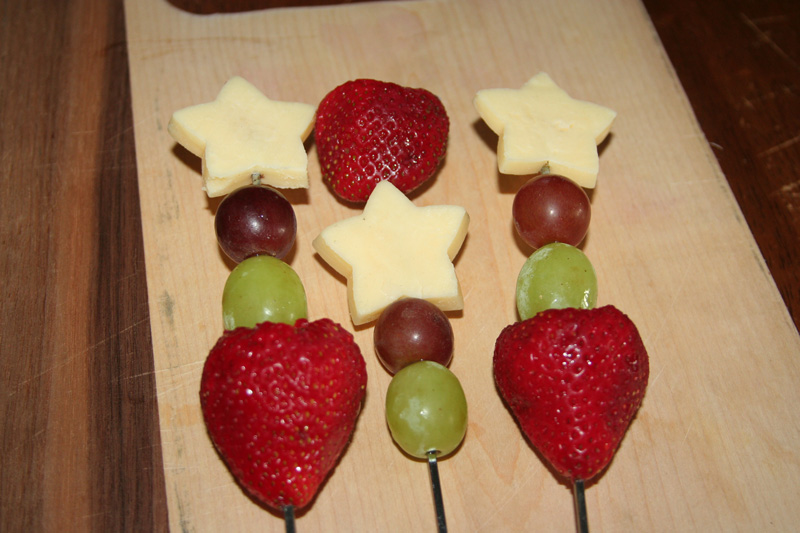 Chicken is best if marinated in teriyaki sauce for at least 2 hours before cooking (or save some prep time and marinate it the night before). If no time to marinate, simply brush on teriyaki sauce and grill, continuing to baste throughout the cook time. Be sure your chicken is cooked through!

*Time saver tip: Cook your chicken beforehand in the oven and finish it on the grill…no more risk of over-cooked chicken! 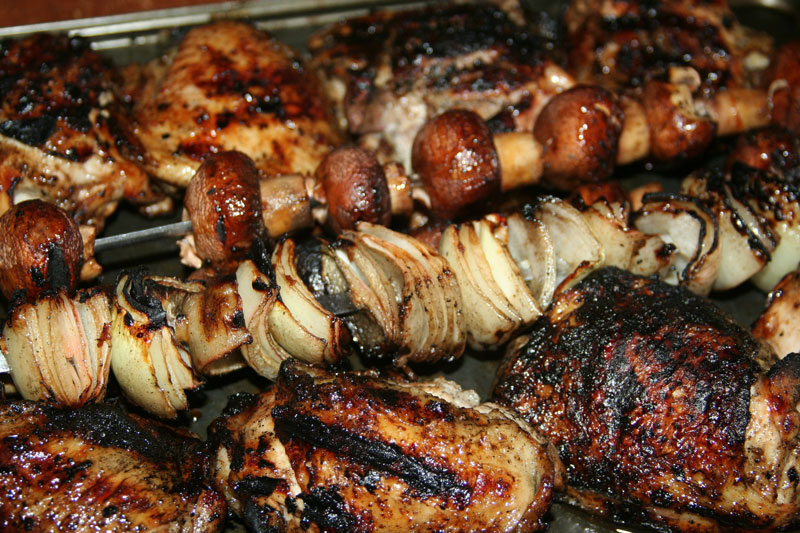 * As Hawai’i Magazine puts it:

To make a basic macaroni salad, you don’t need a recipe; just follow these guidelines: Cook 1 pound elbow macaroni (for really local style, cook until soft and fat, but you can go al dente if you prefer). Stir in ¼ cup very finely grated onion. Not minced, chopped or sliced—grated. It should be liquidy (this is how they do it at Diner’s, a local eatery in Kalihi). At least 2½ cups for real local style. But there are no rules, so use less if you like. Or more. Salt and pepper, to taste. Stir well; refrigerate.

We’ve found this recipe is even better the next day (or the next), make this dish ahead of time and save yourself some prep work on the big day! 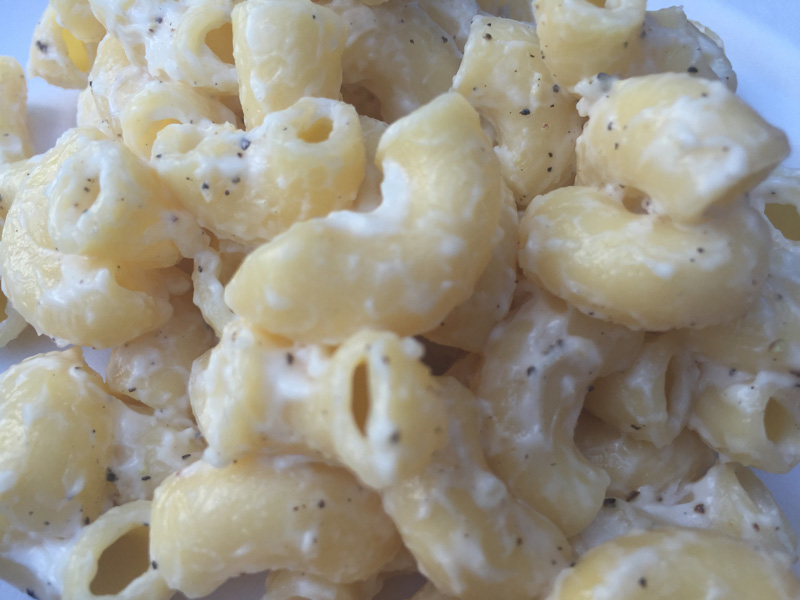 My sister in-law introduced me to this recipe and I plant two rows of radishes in my garden just for this recipe. I called her up for exact measurements to the recipe and she told me it’s from Better Homes and Garden’s Skinny Slow Cooker cookbook. The recipe is called “Simply Pickled” and calls for 3 cups any combination of the listed veggies, but our favorite combination is radish, cucumber and onion. The original recipe calls for 1/2 tsp whole black or green peppercorns, but we omit those as well. Other vegetable options include fennel, jicama, celery, cauliflower, red sweet pepper and carrot!

Toss in whatever you’ve got…it’ll be so yummy! This is a perfect chilled side dish and a great choice for summer dinners!

To make: Combine sugar, vinegar, garlic and salt in a bowl. Using a mandolin or knife, very thinly slice radish, cucumber and onion and place in a large bowl. Drizzle vinegar mixture over the top and toss lightly to coat. Cover and chill for at least 4 hours before serving. Store in the refrigerator for up to 3 days.

* I ran out of organic evaporated cane juice and used coconut sugar in the recipe photographed…as you can see it’s much darker in color, but we loved it equally as well! Since there’s added minerals in the coconut sugar we may make this change permanent! 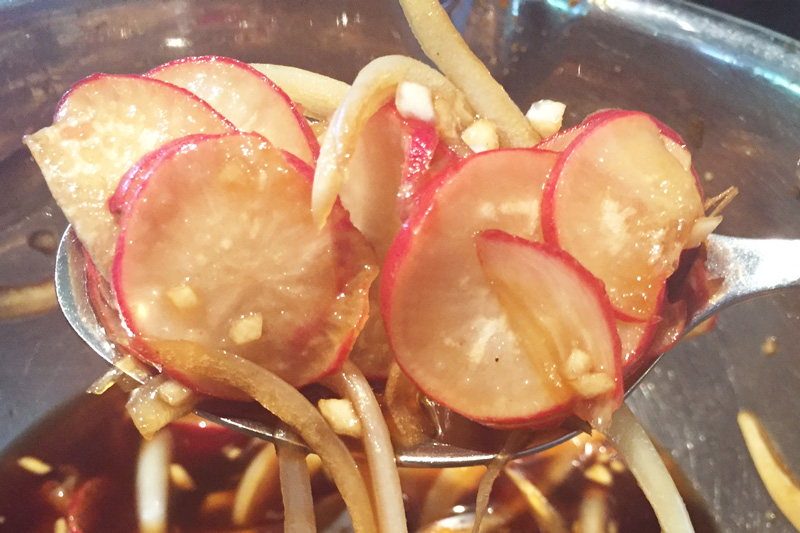 To Make: Heat oil in a heavy bottomed pot on the stove to 350℉. Stir together ranch and hot sauce, refrigerate until ready to serve. Slice pickles into coins or spears, dust with flour and dip into batter. Fry 2-3 minutes per side until golden brown and crispy. Transfer to a paper towel lined plate and sprinkle with salt. Dip and enjoy!

As if this wasn’t enough food (we all love variety, right?) you could also add this delicious Summer Salad (sans chicken). Then to cap the evening, serve up some Blackberry Shortcake with fresh whipped cream! 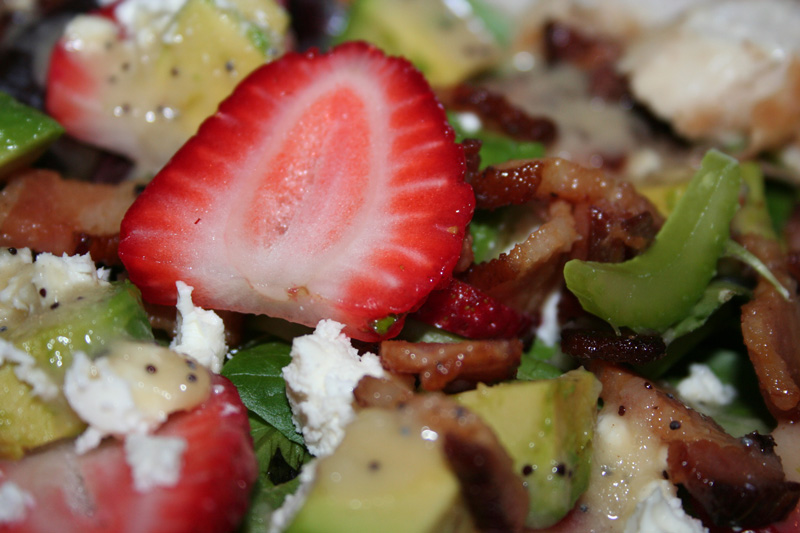 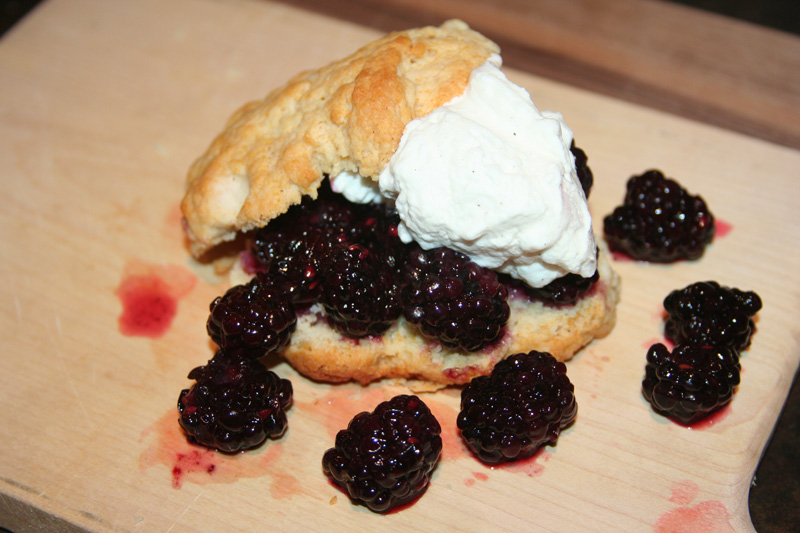 Kelsey Steffen
I am a wife, a mother of five, and forever a learner. My husband and I desire to live a life “Full of Days”. This means finding “fullness” in the everyday grind, which encompasses all areas of life including real food, cooking, health and wellness, time-management, homeschooling, etc., etc. I spend my days homeschooling our four older kiddos (and wrangling our youngest), cooking food the traditional way, and unabashedly doting over "The Hubs". I'm constantly refining it all while sharing with you...get to know us behind the scenes on Facebook and Instagram where we share our attempts at living life Full of Days.
Recommended Posts
Showing 2 comments

All Posts
For Binge Readers
By accessing or using any page on Full of Days (everydayfull.com), you agree that you have read, understood, and will abide by the Terms of Use, Full Disclaimer, Privacy Policy
and understand the Affiliate Program. Full of Days Contact. Copyright Smalltown Design, LLC. © 2017
35shares