AUTHENTIC TACOS DE LENGUA (AKA Tongue Tacos) - Full Of Days Season 1: Episode 6Ever been curious about those "lesser known" cuts of meat? In this episode, we're demystifying how to cook a beef tongue. If you're brave enough, you may just discover the most delicious cut of meat you've ever tasted!RECIPE >> https://everydayfull.com/whats-for-dinner-9/

Authentic tongue street tacos are a dime a dozen in Mexico. Let us show you how to recreate that authentic flavor with the tastiest, melt-in-your-mouth, fork-tender cut of beef you’ve ever tasted.

Tongue might seem an odd choice for tacos, but because it’s a muscle, the slow braising of the tongue makes it melt-in-your-mouth tender and chock full of flavor.

If the look and feel of tongue grosses you out, rest assured, after it’s cooked and that outer layer is removed, it’s virtually unrecognizable as tongue.

If you’re still not convinced, it might just be time to pull up your big girl panties and try something new. Let’s eat some “offal”!

Today’s recipe is inspired from a month-long trip I took in my early 20’s to Puerto Vallarta, Mexico. Just down the street from our apartment there was a street taco vendor. We went there nearly every day for lunch. But on our first visit, in my ignorance, I saddled myself up to the counter and asked the street vendor to give me his best taco!

Once in front of me I added a scoop of onions, a spoonful of salsa verde, a sprinkling of cilantro and a squeeze of lime. Then I took my first bite…

SO HEAVENLY! The soft, warm tortilla hugged the meat and toppings, even the pieces that fell out the end were consumed, and I may have inhaled four within minutes. Then ordered more!

When I asked what they were, the answer “Tacos de Lengua” didn’t mean much to me (it’d been a while since high school Spanish class!). When my friend translated, I wasn’t thrown off in the slightest. I probably wouldn’t have batted an eyelash if he’d said they were opossum! Ya’ll, they were THAT good! I was just bummed I’d lived 20 years without these in my life!

Street tacos were found on many corners in this small city, and during the month I was there, I visited them all!

Once I came back home, I forgot all about them. You’ll be hard pressed to find many restaurants serving up Tacos de Lengua stateside.

Fast forward 15 years…each year our family sources a locally raised, grass-fed cow to purchase. Once we get it back from the butcher, tacos de lengua are immediately added to our meal plan.

If you read our post on organ meats, offal refers to the parts that “off fall”, or fall off when the animal is butchered. Technically speaking, a tongue doesn’t fall off the animal but it’s lumped into the offal category along with the tail, feet, brain and “rocky mountain oysters” (google it!).

In my opinion, tongue tacos are the most tender, flavorful and mouth watering tacos known to man.

If you don’t have access to a whole cow,  you can often find tongue at Asian or Hispanic markets. Hop in the car and find some tongue…this is a dish you don’t wanna pass up. 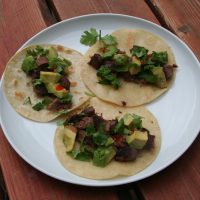 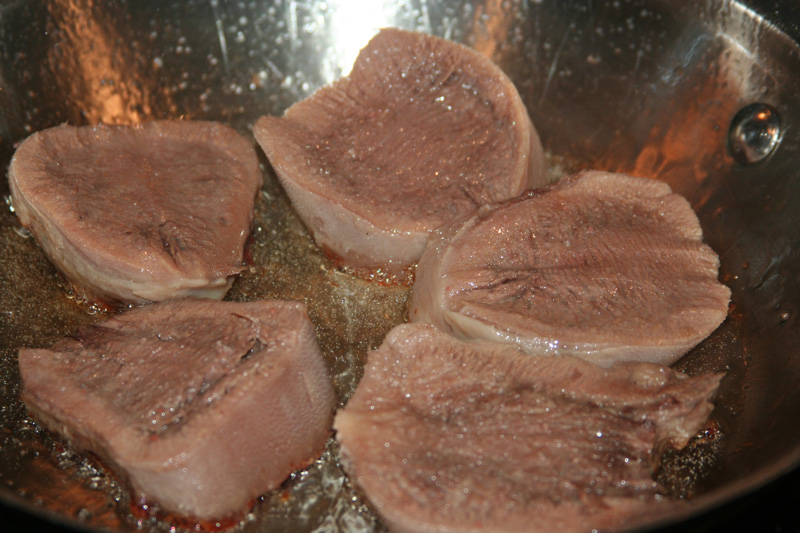 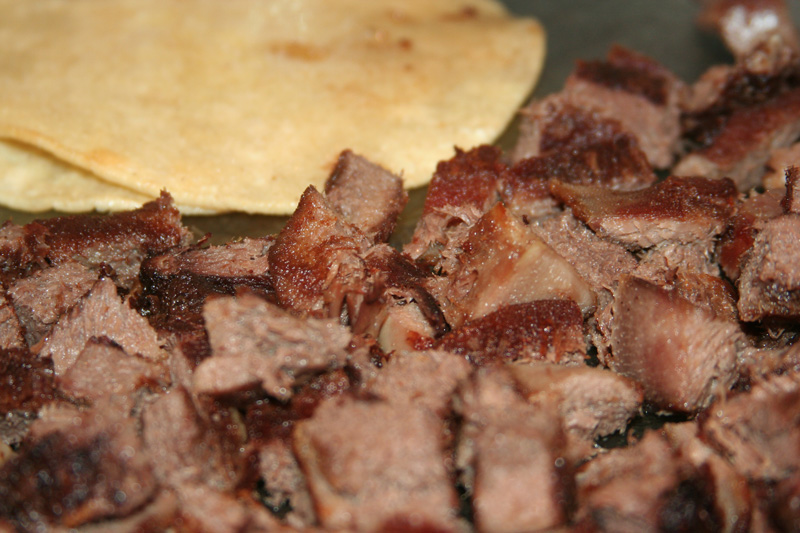 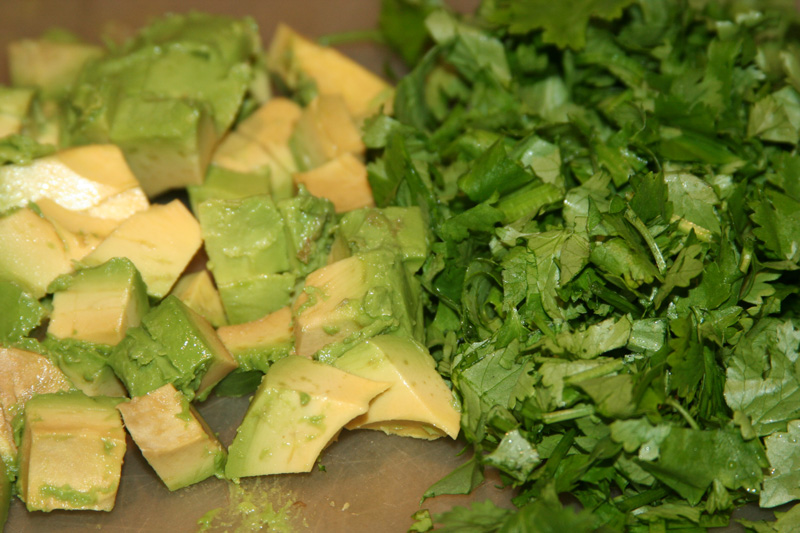 The slow braising of the tongue makes it melt-in-your-mouth tender, and since tongue is a muscle, it’s chock full of flavor! If the look and feel of the tongue grosses you out, rest assured after it’s cooked that outer layer is removed and once it’s cut up, it’s virtually unrecognizable as tongue. One, three pound tongue is enough meat to make 18-24 small tacos.

Store bought green salsa will do in a pinch, but for an easy, make-in-the-blender recipe follow these simple directions:

Peel one pound tomatillos, add to a pan and cover with water. Simmer about five minutes, or until cooked through. Place tomatillos into a blender, add 1/3 cup chopped onion, a big handful of cilantro (maybe 1/4-1/2 cup…I like lots!), juice from half a lime, one jalepeno pepper (with or without seeds, the heat is in the seeds), and 1 tsp salt. Blend until smooth and adjust seasoning as needed according to preference.

Kelsey Steffen
I am a wife, a mother of five, and forever a learner. My husband and I desire to live a life “Full of Days”. This means finding “fullness” in the everyday grind, which encompasses all areas of life including real food, cooking, health and wellness, time-management, homeschooling, etc., etc. I spend my days homeschooling our four older kiddos (and wrangling our youngest), cooking food the traditional way, and unabashedly doting over "The Hubs". I'm constantly refining it all while sharing with you...get to know us behind the scenes on Facebook and Instagram where we share our attempts at living life Full of Days.
Recommended Posts
Showing 13 comments

All Posts
For Binge Readers
By accessing or using any page on Full of Days (everydayfull.com), you agree that you have read, understood, and will abide by the Terms of Use, Full Disclaimer, Privacy Policy
and understand the Affiliate Program. Full of Days Contact. Copyright Smalltown Design, LLC. © 2017
5067shares